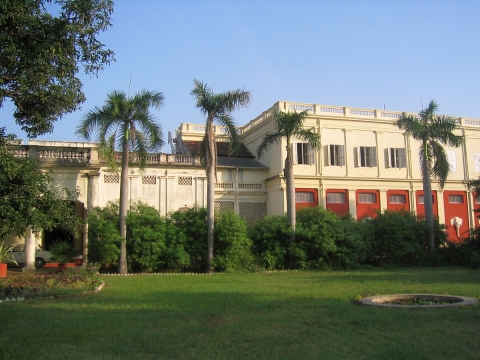 Dr Annie Besant once referred to Adyar, the International Headquarters of the TS, as a ‘Flaming Centre’ from which the Powers of Wisdom and Compassion radiate their benevolent influences to the world. She had a sign put at the entrance of her room in the Headquarters building that conveyed the same essential message: ‘Work for Adyar, the Masters’ Home'. 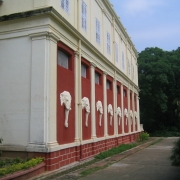 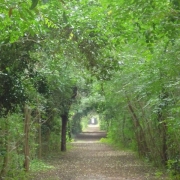 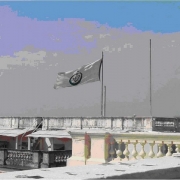 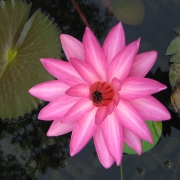 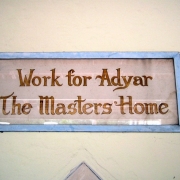 Many generations of members and workers who served and serve at Adyar testified to the truth of her above mentioned statements. And an illustrious resident at Adyar for many years, J. Krishnamurti, had this to say about that unique centre:

"It is essential for the individual member and for the Society that Adyar, as a great spiritual center, should be maintained worthy and dignified. The importance of this is so obvious that few can doubt it. Adyar is and always has been a spiritual oasis to which the weary traveller looks for comfort and repose. Though it may not be the privilege of each member in the Society to go there from the world of wilderness, yet the mere existence of such a center gives hope and encouragement.

I have visited many a wonderful land and seen many a famous sight but there is none to equal the extraordinary intangible something of our Adyar. There is an atmosphere there that does not exist in many a church and temple and there is a Presence there that we expect to perceive in a sacred shrine. One can become either a God or a pitiful sinner at Adyar. It is a wondrous spot and it must be maintained as though it were a holy temple."

The Hall of Unity 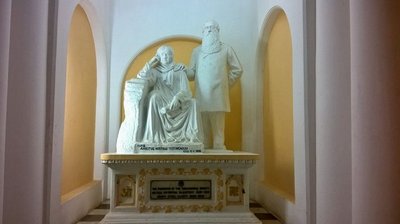 Theosophy or the perennial wisdom, being the root of all religions, proclaims their unity. The Headquarters Hall symbolizes that unity. On entering the hall, one sees in the alcove behind a marble platform a figure in plaster of H. P. Blavatsky modeled from Schmiechen's portrait of her.  The statue bears an inscription in Latin by Colonel Olcott: 'HPB Amicitiae nostrae testimonium. H.S.O. 8.5.1899'.  When Colonel Olcott passed away in 1907, a plaster statue of him was placed by the side of Madame Blavatsky and an inscription engraved on the pedestal: 'The Founders of the Theosophical Society: Helena Petrovna Blavatsky 1831-1891-Henry Steel Olcott 1832-1907'. 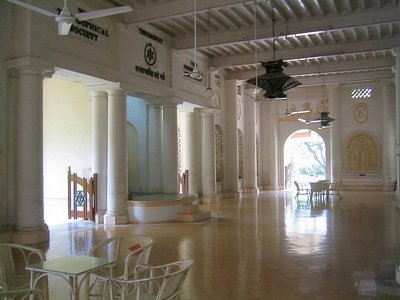 Along the walls of the hall are bas-relief symbols and figures: those on the north, east and west represent living religions - Christianity, Buddhism, Hinduism, Zoroastrianism, Islam, Jainism, Judaism, Taoism, Confucianism, Shintoism, and the Baha'i religion.  The south wall represents the extinct religions.  In the west is a large board on which are inscribed the names of all the Sections of The Theosophical Society with the dates of their formation.  The Theosophical Society, with its motto, There is no Religion higher than Truth, is represented by its symbol on the south side.  On the north side are pedestals bearing the busts of Colonel Olcott, the President-Founder, and Annie Besant, the second President.