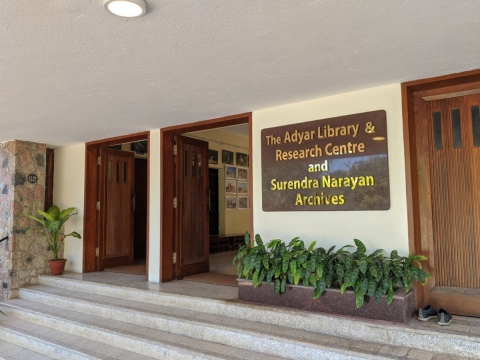 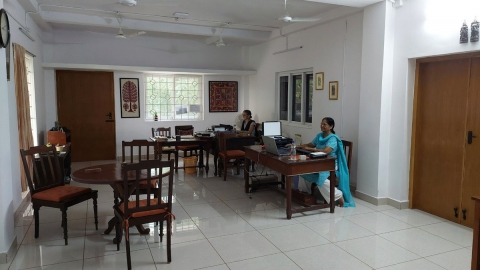 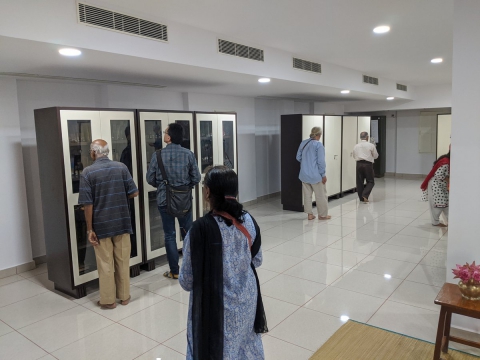 The Adyar Archives which was formally started on 17 February 1922 has now completed a hundred years. It was re-named as the Surendra Narayan Archives in January 2019.

To quote Dr Besant on the starting of the Adyar Archives on 17 February 1922:

“In the afternoon, thanks to Mr. C. Jinarajadasa — who has become the archive-keeper of the Society, and is burrowing into all the old locked-up boxes, and bringing out treasures of the most varied kinds — were arranged, by a band of willing workers, a number of tables in the large Hall of the Society, filled with mementoes of the past, including some much-prized articles belonging to the President-Founder, and his great colleague, HPB.”

The Archives at Adyar is a veritable treasure trove showcasing the history of the Theosophical Society since its inception in New York on 17 November 1875. It is much more than a mere collection of papers and documents. As we delve into its depths we are transported on a voyage of discovery into the fascinating world of a bygone era as it reveals the truly inspiring saga of the hardships and difficulties faced by the early theosophists who made great personal sacrifices to serve the Masters of the Wisdom and bring the light of Theosophy to the world.

Since the early days of the Society, both Madame Blavatsky and Colonel Olcott, had a grand vision for the Archives and were great collectors of historical artifacts. Col. Olcott maintained a diary where he recorded day-to-day events, including notes on his extensive travels.This was later published as Old Diary Leaves in 6 volumes. Mme Blavatsky maintained voluminous Scrapbooks, 32 in number! These included press reports on a wide variety of subjects of interest to her, which were painstakingly cut out and pasted on to the Scrapbooks, often with doodles and astringent comments written by hand on the margin.

The fourth President of the TS, Mr. C. Jinarajadasa, was a prolific collector and a great curator. All the international Presidents have been Custodians of the Archives, and this practice continues till today.

Inauguration of the new premises at the Library building in 2020 by the International President Tim Boyd. 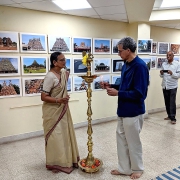