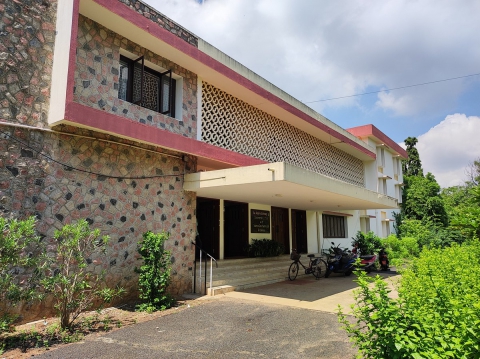 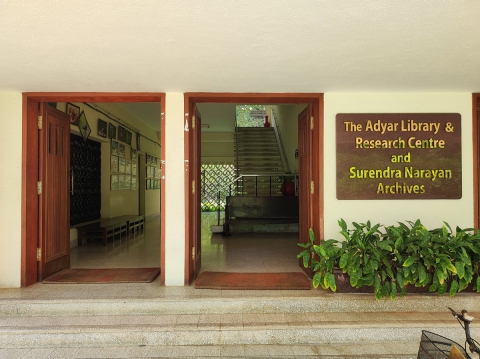 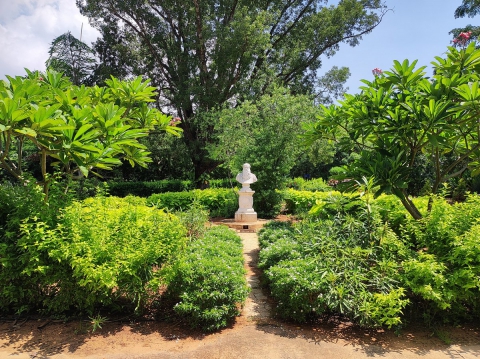 The Adyar Library and Research Centre (ALRC) was founded in 1886 by Colonel Olcott with a small but valuable collection of the Founders' books. Originally situated in the Headquarters building, it was shifted in 1968 to a more spacious one, better suited to its growing needs. It has always been one of the important aspects of the work at Adyar, both for members and for the public; moreover, today it is one of the well known oriental libraries in the world, dedicated to research and publication in the field of eastern civilization, philosophy and religion.  It contains over 250,000 printed volumes and around 20,000 palm-leaf manuscripts from India, Sri Lanka, China, and other places, a few of which are kept on display for visitors.  The printed books include rare indological publications in several languages and a fine collection of works on different religions, philosophies and cultures.

The Chinese Tripitakas, the Tibetan Kanjur and Tanjur, a collection of rare works in Latin and other western languages, and a complete set of important research journals are among the priceless possessions of the Library.  It also currently receives nearly 225 journals from several countries.

Several rare and previously unpublished works in the manuscript collection have been edited and brought out in print; a staff of pundits and scholars is continually engaged in this task.  The Library has had a series of distinguished scholars as its Director and was recognized as a Research Centre for a Ph.D. in Sanskrit and Indology by the University of Madras. 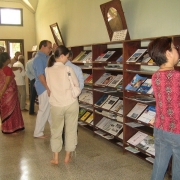 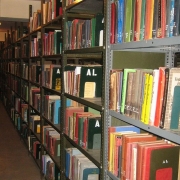 The Library has achieved much during its hundred and more years of existence but there is still much to be done.  Shortage of funds makes it difficult to engage suitable scholars and add to its collections.  Therefore, an Adyar Library Endowment Fund was created in 1986, in the hope that members of the Society as well as others interested in this work would support it.

Its aim is to promote understanding among men and nations through knowledge of the higher aspects of their respective cultures.

The Adyar Library publishes the Adyar Library Series, as well as its General and Pamphlet Series.
The Library also publishes a scholarly journal called Brahmavidya, which presents studies on religion, philosophy, culture, and various aspects of indology: this journal is widely circulated amongst scholars throughout the world.
Its other Publications include: Veda and Vedanta, Upanishads, Dharma Sastra, Artha Sastra, Astrology, Grammar, Mimamsa, Music, Lexicography, Poetics and Dramaturgy.

Note: A number of publications of the Adyar Library and Research Centre are available for purchase through the Theosophical Publishing House, Adyar, Bookshop