Book Launch - The World Around Us

It was heartening to witness widespread interest in the release of a special landmark publication, The World Around Us.  Condensed into six hundred and twenty pages, this volume consists of the ‘On the Watch-Tower’ writings by former international President, Mrs Radha Burnier, which appeared regularly in The Theosophistduring a period of almost three decades between 1980 and 2007.  The meeting took place in the Headquarters Hall.

Two hundred and twelve people were present – TS members as well as members of the public, the publishing industry and the media.

The Librarian of the Adyar Library and Research Centre, Prof. C. A. Shinde, introduced both the author and the book.  He highlighted aspects of Mrs Burnier’s distinguished career as artist, as scholar, and as the leader of The Theosophical Society for almost three decades, mentioning also her involvement with various publications and several service oriented organisations.

The Chief Guest was Dr M.S. Swaminathan, who is well-known both in India and elsewhere around the world and is pictured in the centre of the photo above. Widely referred to as the scientific leader of the green revolution movement, his area of speciality is plant genetics.   He has also been acclaimed by Time magazine as one of the twenty most influential Asians of the 20th century, the other two members of this list from India being no less than Mahatma Gandhi and Rabindranath Tagore.

During his address Dr Swaminathan spoke of his happiness to be at Adyar once again.  He commented on the difference between knowledge and wisdom such as that contained in this new publication, which is borne of life and experience.  He also highlighted several aspects of the book including the President’s comments on J. Krishnamurti’s teachings, her challenging views on science and ethical questions, and her emphasis on compassion.  In addition, he made some remarks on the challenge of hunger in the world.

Mrs Burnier indicated that she did not necessarily intend that people agree with her views.  Rather, she hoped that readers will open up to a wider vision of life and give serious consideration to the various subjects on which she has written.

The book contains many penetrating insights and has been divided into a number of sections of broad scope which can help facilitate study, whether for the individual or the group:

The World Around Us will be a lasting legacy spanning twenty-seven years of insightful writing by our international President in The Theosophist.  She is already the author of several books.  However, this new publication is sure to provide a record of her regular writings for the members during a long period, as well as a source of insight and inspiration for today’s TS members – and generations of members to come. 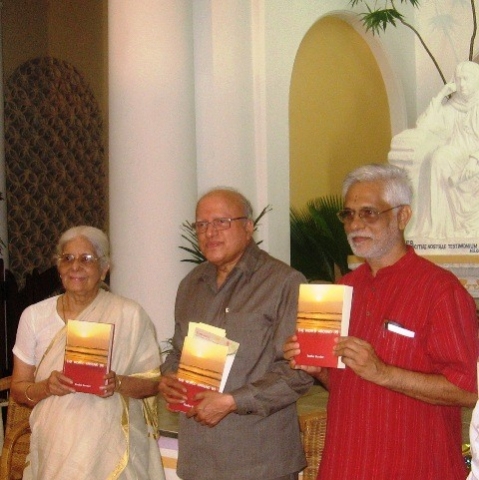 Book Launch - The World Around Us