Translation into Spanish in Zoom

Introduction about the Adyar Day by Tim Boyd, International President

"Adyar as Fact and Symbol" by Michael Gomes, Theosophical Historian and Author, USA

Recording of the event is on YouTube, see link
A short video of TS Adyar campus, link
YouTube channel-name is 'Theosophical Society Adyar'

EXAMPLE OF TIME IN SOME CITIES IN THE WORLD AROUND

Since joining the Theosophical Society in 1968 at age seventeen, Michael Gomes has remained committed to its ideals. He has gone on to become one of the best known historians of the movement, as well regarded among theosophical and esoteric groups as he is in academic circles. His publications, which range from new editions of Blavatsky’s writings to examinations of contentious events in theosophical history, have contributed toward a better understanding of the modern theosophical movement. Michael Gomes is Director of the Emily Sellon Memorial Library in New York City.
If you want, you can add:

Joy Mills says, “Among the best and most careful researchers into theosophical history, both thorough in method and objective in presentation, is Michael Gomes.” The Theosophist, February 1988. 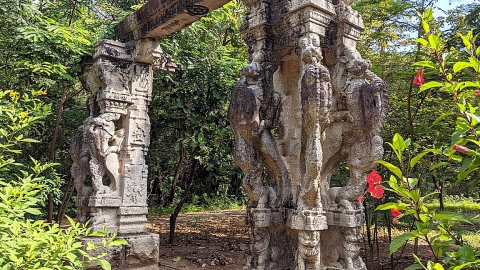 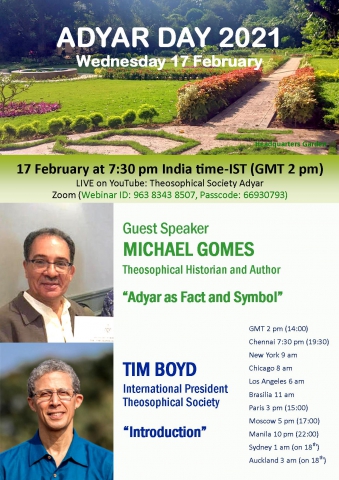